​The Oregon State KofC Charities, Inc. Board is represented by five leaders with various professional backgrounds. They are all committed to Charity, all work to encourage support from our Oregon membership of 9,300 Knights, private businesses, corporations and individual donors. Please take a few minutes to
read their bio’s. All Board Members would welcome your emails and
be happy to answer any questions, you may have.


Ron has been a member in the Knights of Columbus since 1994. He is a member of Council #3591 in Tigard, Oregon where he has held several Officer positions including Grand Knight. He is a 4th Degree member in the Archbishop Fulton J. Sheen Assembly #3248. He also held the Offices of District Deputy, State Warden, State Advocate , State Treasurer and 2013-2016 State Membership Director, and  the immediate past State Deputy for the Oregon Knights of Columbus. 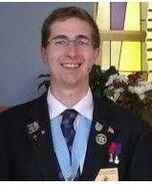 Ken became a member of the Knights of Columbus in 2014, and has been very active  since.  He is a member of Holy Rosary council 15605 and 4th degree assembly 3219.
He has held the offices of Grand Knight, District Deputy, Faithful Navigator, and State Warden.  He is currently the Oregon State Secretary.
Ken holds  a Bachelor of Science degree in Electrical and computing engineering and works at Intel in Hillsboro, OR.
Contact 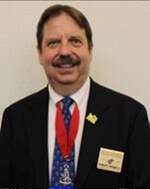 Bob has been an active member in the Knights of Columbus since 2003.  He is a member of Coos council 1261 and Rev. Father Gallagher assembly 1995.  He has held multiple offices, including Grand Knight, District Deputy, Faithful Navigator and state Family Director.  He is currently the State Treasurer.
testing.